This is an ideal tour for those who have three days to discover the desert, Erg Chegaga and the Draa Valley. This route starts from Marrakech.

Departure is early in the morning from your riad/hotel in Marrakech after your breakfast. We leave the red city and the plains of Al Haouz and travel through the High Atlas Mountains, crossing at its highest point at the Tichka Pass (2260 m) – the highest drivable road pass in Morocco. This route offers spectacular panoramic views of the mountains and valleys with Berber villages clinging to the hillsides amongst fertile and beautiful landscapes. We will visit several amazing kasbahs along the way, including Tamnougalt. The trip continues through the date palm-lined Draa River valley. We arrive in Zagora where you will spend the first night of your adventure. Dinner and night in a Riad.

After your breakfast, we will have enough time to visit Zagora and its surroundings: especially the Jewish quarter in Amzerou and the date palm groves. Leaving Zagora, we continue our trip towards the gateway to the Sahara Desert (M´hamid). Along the way, we are going to stop in the original town of the 16th century Saadian dynasty: Tamagroute, to visit an old Qur’anic library and a subterranean Kasbah. We will arrive in M´hamid where the Draa Valley and the tarred road disappear into the desert sands. Lunch will be a desert Picnic and then we will continue in the direction of Erg Chegaga.

To arrive before the sunset, you will start the nomadic way of life by riding the camels and traveling across the desert with its different facets of life and also diverse components. The night and dinner will be enjoyed under the nomad tent or under the starlit sky in the midst of nice sand dunes.

After enjoying the sunrise up on the sand dunes, breakfast will be served to you. We depart in a 4x4 via the old Paris-Dakar road to Foum Zguid, crossing the dry salt lake of Iriqui. We take our lunch break in the Berber village of Taznakht. In the afternoon we will arrive at the famous Ksar Ait Benhaddou: a 16th century UNESCO world heritage site and one of the best preserved and most spectacular kasbahs in Morocco. This location is also well-known for its use as a movie set, since the early 1960´s directors have been coming to this area to film their blockbusters.

Lawrence of Arabia was the first, and in 2000 perhaps the biggest was the Gladiator. There have been many others, for example: the Mummy, Prince of Persia, and Kingdom of Heaven. The night will be spent in a in Riad with dinner and breakfast.

After the breakfast we have an hour to visit Ksar Ait Benhaddou before departing to discover another spectacular building. Continuing on the off road track we continue to the Ounila Valley where the Governor of the Glaoui Dynasty had a palace built: Kasbah Telouet looks like a ruin on the outside, but inside: you won´t believe your eyes. After this visit we continue our trip through the high mountains of the Atlas, Marrakech. 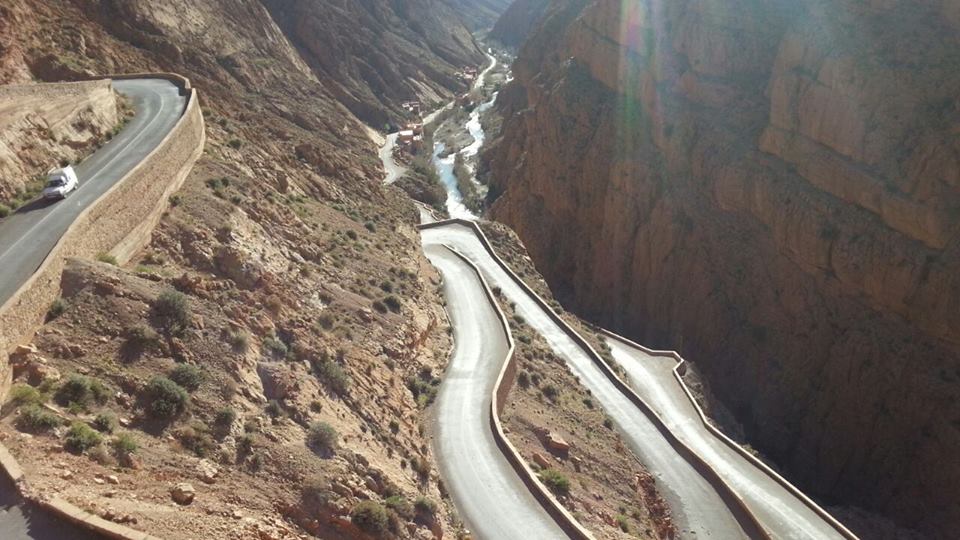