A long journey to discover Morocco in full. Imperial Cities, Desert and Beaches

When you get to the airport we will pick you up to bring you to the hotel where you’ll have free time (Breakfast included).

After breakfast we will leave Marrakech and take the route to the mountains of the great Atlas which we cross at its highest point: the pass of Tizi n’Tichka at 2260 metres. From there we descend to reach one of the important places of the trip: the Kasbah of Ait Benhaddou which was declared a World Heritage Site by UNESCO in 1987. It is the most imposing Ksar or Kasbah-fortress of southern Morocco. With its different shades of red; depending on the time of day and numerous crenellated towers it seems attached to the mountain. It is very well maintained and it has served as the background for many films. There, you can visit some houses, and in the tower of the old kasbah you can enjoy a panoramic view of the region with the great Atlas Mountains in the background. Then we will drive to Ouarzazate where we will spend the night in a Riad.

After breakfast at the hotel we depart to Kelaat M´gouna the famous village where a special kind of aromatic rose is cultivated. We will drive along the “Route of the Kasbahs”, a series of fortified Kasbahs built of adobe with crenellated towers and brick ornaments. Sometimes, they are authentic fortified villages. The old Kasbahs seduce you with their evocative power and the landscapes move you with the strength of its contrasts, this is why this route is one of the most attractive and sought after sights in Morocco.
In the month of May, there is a festival in this village to celebrate the harvest of these roses. We will continue to one of the most beautiful natural scenes of the trip: The Todra Gorges, A300 metre high canyon carved out of the mountain. Night in a hotel with dinner and breakfast included. 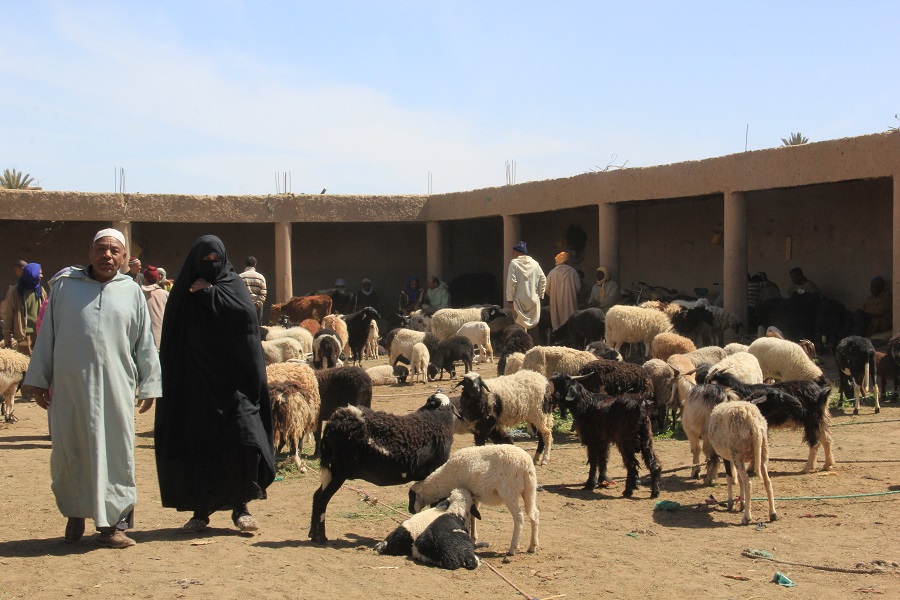 Today we leave this region and continue to reach the desert. The road becomes increasingly hard and the towns we are passing through are getting more and more authentic. Going through the desert we will enjoy seeing the different people and the panoramic views, stopping to take pictures and relax. Our private Kasbah hotel is located in an isolated area, in the middle of the hamada desert. We will have dinner and spend the night there.

After breakfast we will go for a drive to explore the region with a drive on the off road track to have a short visit in Ouzina Village where we enjoy mint tea with a Berber family, then we drive to the dunes of Merzouga on the Dakar race route. On this part of the journey we can see some nomadic tribes in their tents and we stop in Khamlia village, famous for their African Gnawa Music and Sub-Saharan heritage. After a break for lunch we go to the hotel where the next part of the adventure starts. In the late afternoon, mounted on camels, we will head to the dunes to see the sunset and sleep in a wild oasis located two hours away in the desert. Night under the stars in a Berber camp with a traditional dinner and local entertainment.

In the early morning you can optionally attend the beautiful spectacle of the sunrise over the dunes. After breakfast and time to freshen up at the hotel, we depart for Rissani which is located 22 km from Erfoud, in a palm grove: Rissani is attractive both for its setting and its history. Furthermore, it has several interesting monuments. It is considered the heir of the legendary Sijilmassa, ancient capital of Tafilalet. Our journey continues northwards through Errachidia and the apple capital of Midelt where we take a lunch break. Our destination for the late afternoon is Fes where we will spend the night.

The entire day will be dedicated to visit the spiritual and cultural capital of the Kingdom. You will have the opportunity to visit the religious, artistic and intellectual Morocco. We will visit the oldest Medina, the Medersas of Cherratine and El-Attarine: these and many other buildings are dedicated to religious studies and are of Arabic architecture. After lunch, we will visit the different souks such as the famous district of the tanners, and the Mechouar of the Royal Palace. You will overnight at the hotel.

We will leave from Fes through the fertile valleys full of olive trees and vineyards until we get to Meknes. We will visit this city that reached its peak under the reign of Moulay Ismail who made it his capital. The visit begins with the walls, with its magnificent gates of Bab Mansour, then the Agdal basin with an area of four hectares. The tour ends at the Mausoleum, then, we will go to visit the city of Rabat, capital of the Kingdom of Morocco since 1912. The tour begins with the Royal Palace. A spectacular set of beautifully crafted buildings housing a modern built palace, a mosque built by the “Men of Fes” and various government buildings. Later we will visit the Kasbah of Oudayas. We will enjoy the beautiful panoramic view from there. In the afternoon we will have some free time to visit the medina of Rabat, and later on we will spend the night in a nearby hotel. 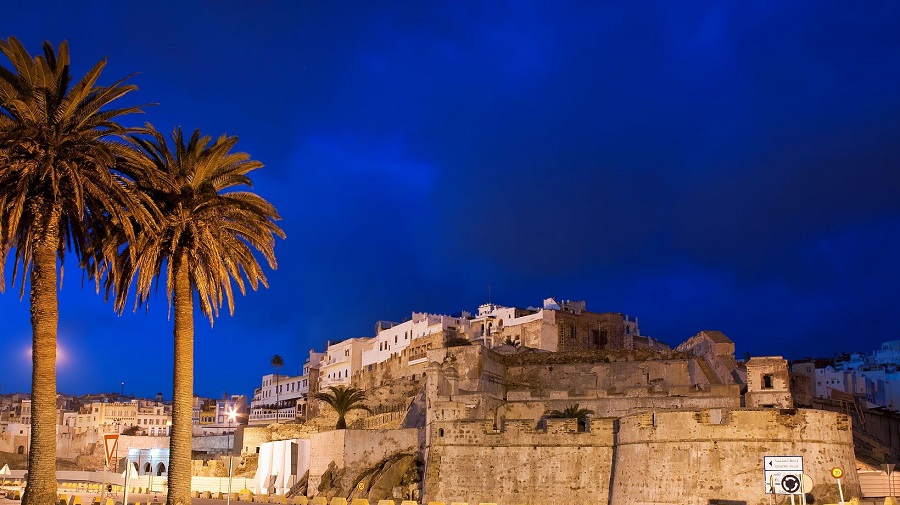 In the morning we depart from Rabat, driving along the coast until we reach Casablanca to visit the famous mosque of Hassan II. After the tour, we will go back to Marrakech, where you will have some free time and where you will spend the night.

After your breakfast you will have a guided half day city tour, to discover some of the highlights Marrakech has: the Menara Gardens, the Saadian Tombs, the Bahia Palace, and the impressive Koutoubia Mosque with its famous minaret built by the Almohads. In the afternoon you will have free time to have lunch and to enjoy the charm of the Jemaa el Fna Square and souks. Accommodation in a hotel or riad.

After breakfast in the morning we leave this vibrant busy city and take the road for the coast. We will be visiting the charming blue and white medina of Essaouira, on the way we will be stopping at an Argan oil co-operative for you to see the women extracting oil from the argan nuts and making cosmetics with this famous health giving elixir. You will be spending the night in a riad in the medina with breakfast.

Full day in Essaouira. Today you have the day free to explore and enjoy this ancient town originally called “Mogador” by the Portuguese, one of the most beautiful cities of the Atlantic coast of Morocco. With its charming blue and white medina, long beaches and ancient walls from the time the Spanish and Portuguese colonised it and with its beautiful examples of Moorish and Portuguese architecture, it has much to discover. Stroll the narrow streets and watch the artisans at work, visit the galleries and view local artwork. Take a walk along the ramparts, visit the fishing port, go surfing, horse riding or take a camel ride, or just relax on the sandy beach and taste the local fish at the beach side restaurants. We will spend the night in the same Riad.

Breakfast at the hotel. Transfer to Marrakech for your airport departures. 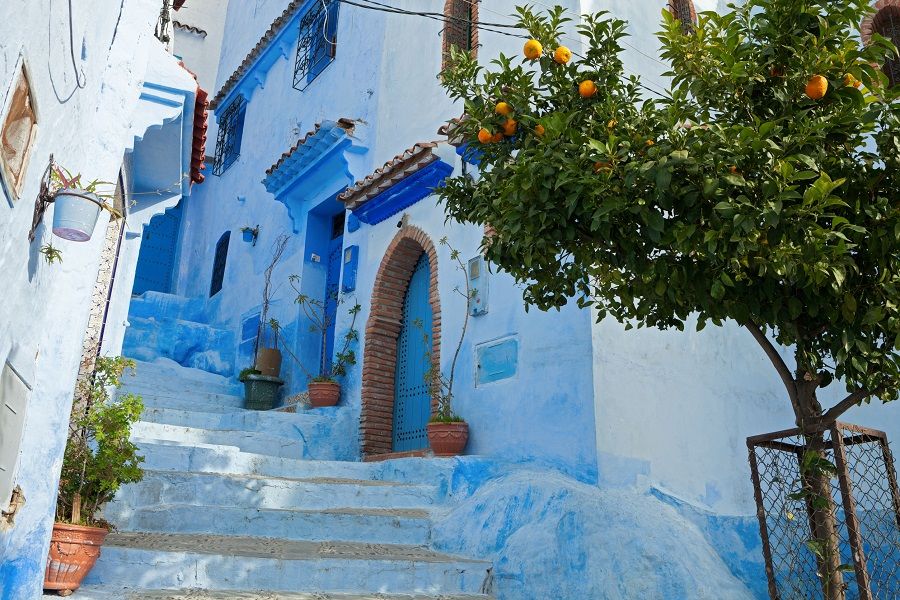